Clothing and Identity - new perspectives on textiles in the Roman Empire

CTR - in collaboration with six European research institutions — has received financial support from the European Union to conduct a research project concerning Clothing and Identities — New Perspectives on Textiles in the Roman Empire (DressID).

The partners involved in the project comprise universities and research institutions from all over the European Union, and it is directed by the Curt-Engelhorn-Stiftung of the Reiss-Engelhorn-Museen in Mannheim, Germany.

The project has a budget of € 4.9 million. From 2008 through 2013, research, publications, conferences and a touring exhibition will be the outcome of the collective focus on the interrelations between dress and identity within and beyond the Roman Empire .

A grant from the European Union’s Education, Audiovisual and Culture Executive Agency has provided this unique opportunity to gather experts from all over Europe in a joint research effort. 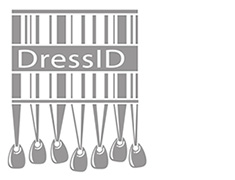